How anti-LGBT national organizations and their state partners are preventing equal rights in the statehouses and communities.

By Josh Israel, Accountable for Equality

This report will examine who these groups are and how they do it. A survey of major LGBTQ equality organizations found that while the local players vary, the experiences tends to be similar in state after state: state groups, backed by national organizations, mobilizing opposition to equality and convincing elected officials to back off.

Anti-LGBT Extremism Too Much for Conservative Court, Justice Gorsuch Writes for the Majority

“Wouldn’t it be nice if for once, not to mention while Tennesseans are sick, dying, and recovering from COVID-19, while mental health is declining, unemployment reaches record highs, and state budgets are decimated, that national voices like Tony Perkins would not fundraise on the marginalization of the LGBT community.”

“​Implementing this HHS rule change at any time, but especially in the middle of a global health crisis, is an act of particular cruelty by Trump and Roger Severino.” -Mara Keisling, Executive Director, National Center for Transgender Equality

When Central Park was turned into a makeshift hospital, Franklin Graham’s organization put an ​anti-LGBT filter in place for volunteers, including health care workers. Amidst the COVID-19 crisis, Accountable for Equality is focusing its efforts to highlight those that are capitalizing on the pandemic to advance their own biased priorities that marginalize populations. It’s #NoTimeForNonsense

Accountable for Equality (AFE) was formed to educate the public about the concerted efforts of anti-LGBT extremists, who they are, where they are, and what they do. Many opponents to LGBT equality hide in plain sight, behind a crafted language, misleading rhetoric, and complex legal jargon. Anti-LGBT extremists are active in the public dialogue and courts at every level, from cities, counties, states, and countries across the world. Accountable for Equality’s goal is to research and present objective information of those who wish to diminish the rights of anyone: lesbian, gay, bisexual, transgender, or anyone else. Accountable for Equality is a group of donors and activists committed continuing to fight for full equality. Accountable for Equality believes that no foundation, organization, or individual should be able to diminish the existence of a minority class under the guise of freedom. Together, we can win full equality and stand in the way of those who wish us harm. 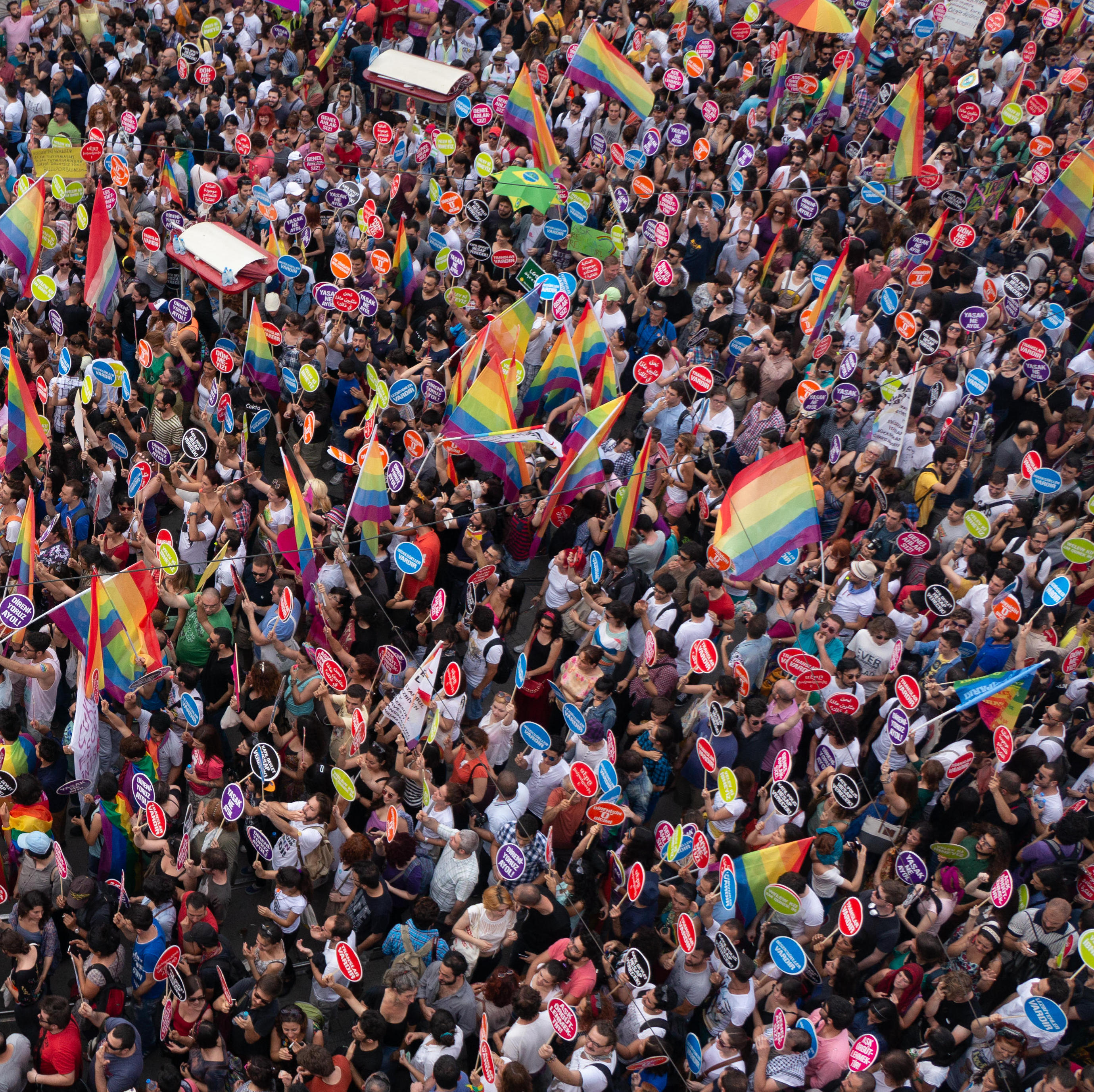 Launched in 2019, Accountable for Equality is committed to researching and publishing reports on opponents to equality, whomever they may be, and elevating the work of our allies who advance equality, wherever they are.

Accountable for Equality will also share the findings of its reports with the press and general public to build a support for equality.

Accountable for Equality also seeks to build up and amplify the message of our partners. We will promote allied research and continue to build the coalition of those fighting for equality, by stopping those who are against it. 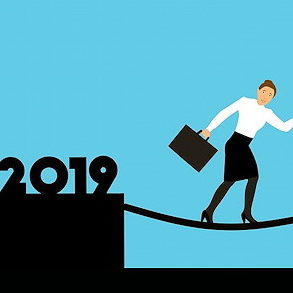 2019 will go down as a year where LGBTQ organizations fought back against any and all attempts to eradicate LGBT civil rights. As millions of Americans reflect upon 2019 and make resolutions for 2020, Accountable for Equality put together their list of actions that show the strength of the LGBTQ movement. Throughout the year they stood up to hate groups, their funders, and held corporations accountable, while documenting acts against equality.

In 2019, four states banned conversion therapy. Colorado, Massachusetts, New York, and Maine all passed measures at the state level banning the practice in a blow to groups furthering their hateful agenda. New Jersey will be next to join the group. In New Mexico,  and Washington, D.C., they joined 17 states with a comprehensive anti-bullying law inclusive of LGBTQ students.

The work for the LGBTQ community and allies is far from over.  Just a few weeks ago, the Alliance Defending Freedom announced their plans to work with the American Legislative Exchange Council to continue their agenda.  A partnership between ALEC—widely known as an organization that provides state legislatures with model legislation—and ADF means more states will be seeing anti-LGBT measures than ever before. 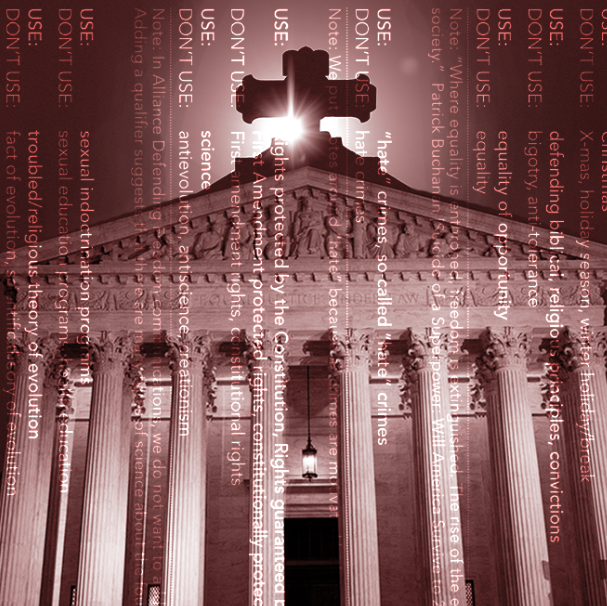 Inside The Christian Legal Army Weakening the Church-State Divide

New documents offer a window into the ideology embraced by a Christian-right legal powerhouse that enjoys unprecedented influence throughout the Trump administration.

ADF’s reach and relentlessness is unparalleled. ADF’s annual revenue dwarfs the others, and these superior resources, backing its nationwide networks of attorneys, has enabled it to successfully press legal claims across the country that once seemed too far outside the legal mainstream to succeed. See a copy of ADF Lexicon Guidelines according to emails obtained by TPM and Type Investigations through a public records request, from 2013 through 2015. 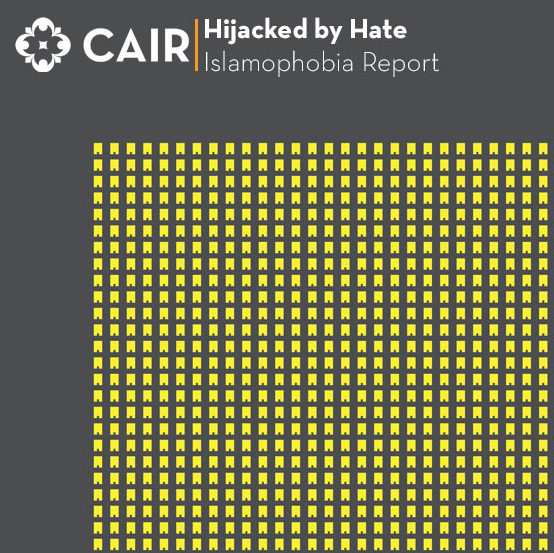 American Philanthropy and The Islamophobia Network.

As readers will learn in the following pages, data compiled and analyzed by CAIR researchers demonstrates that despite the well-known racist and xenophobic attitudes of Islamophobic organizations, reputable philanthropic institutions have funneled hundreds of millions of dollars into the activities of the Islamophobia Network.

These include household names such as Fidelity and Schwab, as well as community-centered, faith-based charities such as the Jewish Communal Fund and the National Christian Charitable Foundation. 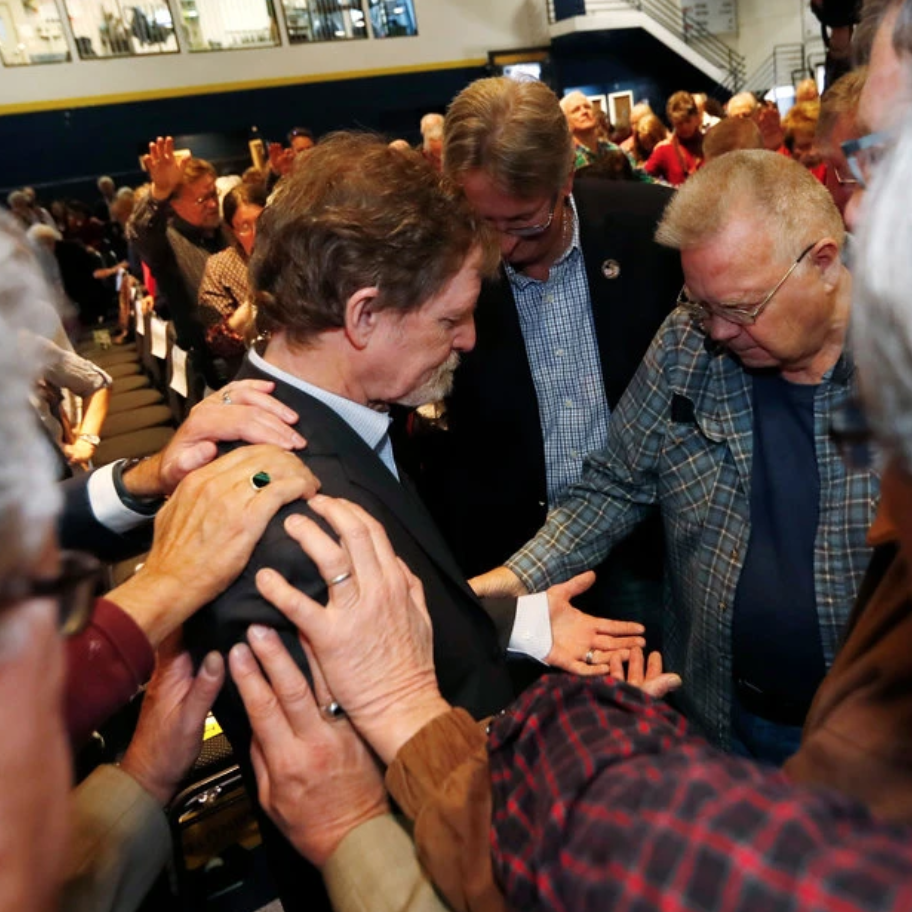 Fighting Gay Rights and Abortion With the First Amendment

If there is a battle somewhere to restrict protections for gay men, lesbians or transgender people, chances are the alliance is there fighting it.

The alliance has defended the owners of a wedding chapel in Coeur d’Alene, Idaho, who did not want to perform same-sex ceremonies. It has tried to stop a Charlotte, N.C., law that gave transgender people the right to use the bathroom of their choice. It backed the failed attempt by the Arizona legislature in 2014 to allow businesses to cite religious freedom in turning away same-sex couples. 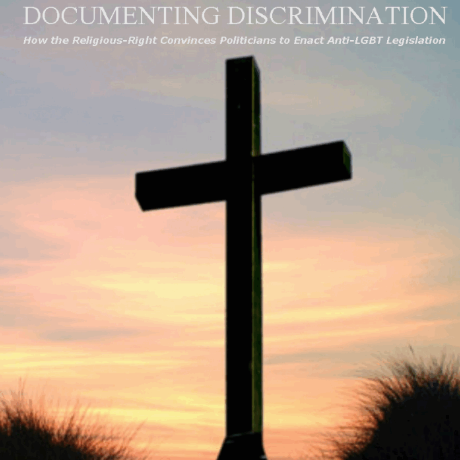 How the Religious-Right Convinces Politicians to Enact Anti-LGBT Legislation